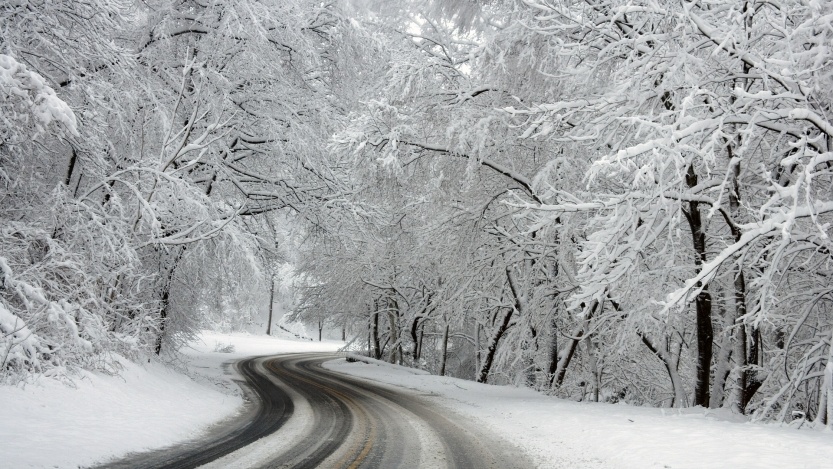 How do you drive Safely in Winter Conditions?

Plunging temperatures, icy roads and heavy snow mean the winter months are some of the worst for motor insurance claims – and a crucial time to look after your car.

The colder weather brings with it more difficult driving conditions and the increased risk of a breakdown. As a result, motorists can often find themselves unexpectedly stranded in their vehicles.

Your car needs an extra bit of TLC at this time of year as we put them through their paces on journeys through wind, rain, sleet and snow.

I put together a small guide to cover some of the winter driving conditions you can expect to come up against in Scotland. 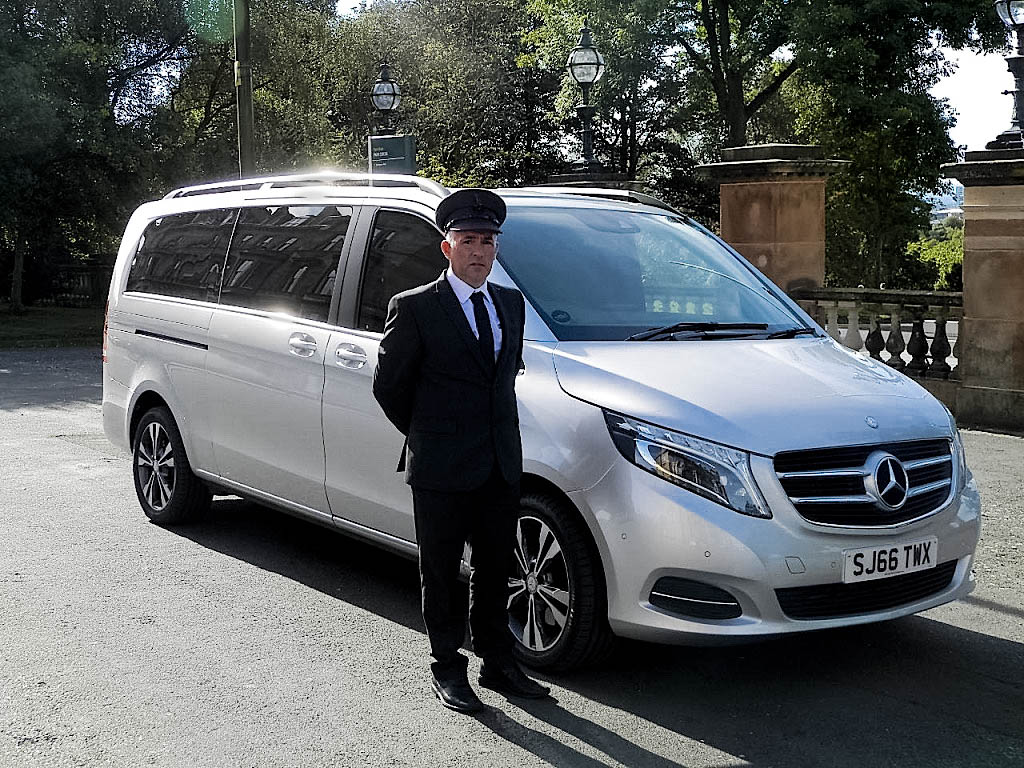 I have been an executive chauffeur in and around Glasgow and Edinburgh for over twenty years.
[supsystic-social-sharing id='3']

How do I check the car for winter driving?

How do I prepare for bad weather conditions?

How do you drive during heavy rain?

How do you drive on flooded roads and standing water?

If you break down in heavy rain don’t prop the bonnet open while you wait for the patrol to arrive. The engine will be more difficult to start again if the electrics are all rain-soaked.

How do you prepare for driving on icy roads?

How do you drive on icy roads?

What is the braking distance on ice?

Braking distances can increase tenfold on ice compared with a dry road.

For this reason, you should leave up to 10 times the normal recommended gap between you and the car in front.

So even if the temperature is above zero and there’s no ice on the road, you should take extra care.

What is black ice?

Black ice is a thin layer of ice on the road surface.

Because it is smooth and transparent, it appears the same colour as the road below.

Black ice can be almost invisible to drivers, which makes it particularly dangerous.

As a guide, if the temperature is low and the road surface looks ‘wet’, be careful and drive with caution as it could be black ice.

How do you identify and drive on black ice?

Sometimes black ice appears as a glossy sheen on the road.

You may see it glinting in the sunlight, or spot cars ahead swerving for no obvious reason.

However, it’s likely you won’t see black ice at all, so be particularly cautious on shaded stretches of road, bridges, flyovers and tunnels – anywhere the surface temperature may be lower, in fact.

Quiet roads are also more likely to be affected.

If you hit a patch of black ice, don’t panic.

Keep the steering wheel straight and maintain your speed – don’t hit the brakes.

Use the gears to slow down if necessary but avoid any sudden movements that could destabilise the car.

How do you correct a skid on ice?

If you do encounter a skid, steer gently into it.

As above, do not take your hands off the steering wheel or brake hard.

How do you drive in hail?

Hailstorms are extremely dangerous to drive in. Not only can they cause extensive damage to your car but can also be harmful to anyone who decides to venture out of their vehicle.

extreme conditions. If hail is severe, stop driving and pull over to a safe – preferably sheltered – place.

If you have to travel, plan your route to avoid known affected areas.

We also recommend informing relatives and friends of your intended route in case of an emergency.

Why do we put salt on the icy roads?

The key is, there must be at least a tiny bit of water on the road for freezing point depression to work. That’s why you often see trucks pre-treat roads with a brine solution (a mixture of salt and water) when ice and snow is forecast. If the roads are dry and the DOT simply puts down road salt, it likely won’t make much of a difference. But pre-treating with a brine solution can help ice from ever forming and will help reduce the amount of road salt trucks will need to spread to de-ice later.

Salt on roads, Pros and Cons

Rock salt is one of the most widely used road de-icers, but it’s not without critics. For one, rock salt does have its limits. If the temperature of the roadway is lower than about 15 degrees F (- 9 C), the salt won’t have any effect on the ice. The solid salt simply can’t get into the structure of the frozen water to start the dissolving process. In these cases, the DOT typically spreads sand on top of the ice to provide traction.

Rock salt also has major environmental issues, including the sodium and chlorine that leaches into the ground and water. And as we mentioned earlier, because rock salt isn’t purified and contains contaminants — including lead, iron, aluminium and phosphorus — when it’s spread, these are spread as well. However, rock salt remains the most widely used and affordable de-icers available. And while there are other chemical de-icers, too, none are 100 per cent risk-free.

If you must drive in poor conditions remember these tips

The best tip for driving in severe winter weather conditions is to avoid it. If you do not have to travel to work or school, try your best to stay off of the roads. There is no reason to put yourself in danger if driving in snow and ice is not necessary.

If you must drive in winter weather, be sure to allow extra time to drive from one place to another. Make sure that you are not in a rush to get anywhere. You will be forced to drive at slower than normal speeds and are more likely to be stalled by accidents when driving in winter weather conditions.

Slow down. Speeding is never smart, but speeding on snowy or icy roads can be deadly. Be prepared to drive significantly slower than you normally would on dry roadways. Reducing your speed will allow you to have more time to react if you encounter a problem.

Keep a distance of at least three car lengths between your vehicle and the vehicle in front of you.

Drive with your lights on, even during the day. Winter weather conditions reduce visibility. Even if it is not snowing, sleeting, or icing at the moment, your headlights will serve as an extra safety precaution.

Use a lower gear to provide more traction. Your vehicle will be less likely to accelerate quickly if it begins to slide on an icy road if it is being driven in a lower gear. Never use cruise control in winter weather conditions.

Never overestimate your vehicle’s ability to handle winter weather conditions. If you are sceptical, find another means of transportation.

People are often unsure of how to recover control of their vehicle if the wheels lock up because of icy or snowy road conditions. If your rear wheels lock up, take your foot off of the accelerator, turn your steering wheel in the direction you want your front wheels to go, apply steady pressure to anti-lock brakes or gently pump standard brakes. If your front wheels lock up, allow the steering wheel to turn freely, remove your foot from the accelerator, shift into neutral, then slowly begin to steer the vehicle as it slows down from turning. The best thing to keep in mind if you lose control of your vehicle on an icy road is the importance of not making any sudden manoeuvres. Allow your vehicle to slow down before attempting to regain control.

Even if there is no snow or icy to deal with, make sure that you completely defrost your front and back windshields before driving in the winter. Frost significantly reduces your visibility. Wait until it is completely melted before driving.

Again, if it is not necessary that you drive in winter weather conditions, do not get behind the wheel.

It wouldn’t be Christmas without the drink driving message.

With Christmas just around the corner, the next few days may pass in a blur of office parties, Christmas meals with friends and drinking a good glass (or two) of hot mulled wine under the Christmas tree. If you drive, you’ll also have got used to being bombarded with anti-drink driving campaigns over the years. Every Christmas a series of adverts is aired in which you’re told that if you get caught drink driving your world will fall apart. Don’t get caught and the consequences could be much worse; there are 240 deaths each year due to drink driving.

Despite this high-profile campaigning, each year around 100,000 drivers lose their licence because they’ve been caught driving over the limit. The result is an instant driving ban for at least 12 months – but that’s just the start of it. So this Christmas – and indeed all year round – don’t take any chances if you’re driving, because it’s just not worth it.

Alcohol is measured in units, and the below could surprise you. From a health angle, the NHS recommends that men should not regularly drink more than 3-4 units of alcohol a day, and for women no more than 2-3 units a day, however even just one drink can affect your driving ability.

The legal blood alcohol concentration limit for driving in the UK is 80mg of alcohol for every 100ml of blood, however there’s no proven way to judge if you’re over the limit by taking note of how much you’ve drunk, as many factors can contribute to how alcohol affects each individual – the only way you can be sure you’re safe is to consume zero alcohol.

Even if you’re legally allowed to drive after drinking alcohol, you may still be at risk of harming both yourself and other road users. Drivers with as little as 20-50mg of alcohol in their blood are at least three times more likely to die in a crash than those with no alcohol in their blood

Think just the one drink can’t harm? Even if you feel sober, just one drink can make you less safe behind the wheel. The effects of alcohol on the body include:

The Morning After the Night Before

Even if you’ve had a good sleep in between drinking the night before and driving to work the next morning, it doesn’t necessarily mean that the alcohol will have left your system and you’ll be safe to drive.

A rough guide for judging how long it takes for alcohol to leave your system was created by NHS Choices and is:

Feeling ‘sober’ isn’t a reliable guide to knowing whether you can drive or not, and drinking coffee, eating a meal or bracing a cold shower won’t make the alcohol leave your body any faster!

How do you get through the Christmas Season?

With the police watching the roads carefully, how can you make sure you’re not caught out this Christmas? The obvious way is to stay off the booze altogether or to drink a minimal amount before getting behind the wheel. Use a taxi, elect a designated driver within your group or ask someone to drive you – fail to do one of these and you’ll feel the impact potentially for years.